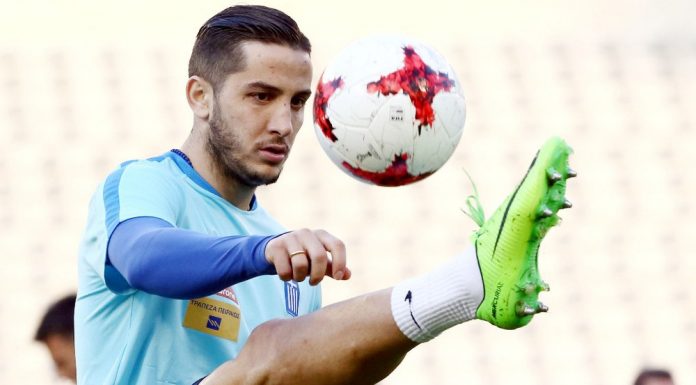 Regardless of what team each of us supports, whether journalist, fan, or fan, we should be honest with ourselves and with football itself. And when we open a cafe conversation, the kind of conversation that football fans have between coffee and beer in a cafe but absolutely seriously and not about the big havale, looking for the 4-5 top center-backs of Greek football in the last twenty years is certainly certain that among them he should include Kostas Manolas. Not out of obligation, not because he played for AEK, Olympiacos, or Roma. No. Simply putting down and analyzing its quality characteristics and its racing dynamics.

Open an account now in the new subscription version of Tipsmaker !

Quick on the feet and with above average strategic thinking. Both in quickness of decision, and in the adoption of each of these best racing moves in every phase, or almost in every phase. In addition, technique clearly above that required by the position, with trebles and passing that would at least be considered satisfactory even for a midfielder. These quality football characteristics made Kostas Manolas, at the beginning but also at the peak of his career, to be considered one of the leading center-backs in Greek football. Something that he finally cashed in with a big transfer to Olympiakos. And of course with an even bigger one in Italian football where he played some very good games as an irreplaceable member of Roma.

After more than 80 appearances with the association, 55 and put appearances with Olympiakos in his first appearance for the team, two plus appearances with Roma in the championship, a move from Napoli where he played another 60 football battles at championship level, Kostas Manolas returned after Vaios and branches last year in the Greek league for his second move from Olympiakos. And this time the nephew of Stelios Manolas, a player who has passed into the pantheon of the best center backs in the history of Greek football, was not at all sparing in his statements.

Book a duration position on the leading soccer prediction site!

Parenthesis. This has always been the big problem of Kostas Manolas. Mouth. Without being as talkative as a close friend and team-mate of his national team and Olympiacos, the one-time international stopper never put the ego below the we when wearing the national crest. The wells, the words, the dissatisfaction that accompanied the mediocre in the last years of his international career, did not just cost him the place in the national team, but in the national team the disruption of the climate in a period that brought the worst results of the effort but and not only of her history. Was Kostas Manolas to blame for this? Obviously not racing. But when he was one of the leaders of the team and instead of bringing his calmness and experience to the dressing room he brought, or allowed his cronies to bring the panic, the muttering, the grumbling and the disturbance of the balance between the players and the coach, this obviously it will be charged. The parenthesis closes.

Not stingy at all in his statements upon his return to the great port of Manolas. What did he learn from his adventure when he left the national team? Nothing. A shadow of the good old Kostas Manolas, although he is only 30 years old, having now lost the speed that characterized him and idolized him in his good football years. However, he never bowed his head and worked harder to win with experience and work that he had lost in speed. He preferred the sticks and wells, once again following the destructive strategy, the one he had chosen in the national team, the one that cost him. With a top moment that scarred him last year and will be remembered in his career, the moment he asked the referee to end the game that Olympiacos was already doing, to avoid the crash.

Make your choice… increase your profits!

Bob Marley he has put music, he has made a world hit and a song that we have all hummed once in our lives, a genuine folk quote, a wisdom that cannot be disputed: “You can fool many for a little while, or a few for a long time. But you can't make fun of everyone forever." And this was confirmed once again in the case of Kostas Manolas. Who, since yesterday, is no longer part of the Olympiacos team. Mitchell's first job was to take the burden off his team. What he considers burdens with everything he already did before taking over the champions of Greece again. And the former international Spanish midfielder, now coach of Olympiakos, clearly saw that Kostas Manolas at 31 is unfortunately not an advantage for the team he plays for, but a disadvantage. He has become slow, he cannot adopt a leadership attitude inside the pitch, the decisions he makes are not only not ideal, but perhaps the worst he could go in every phase.

He will continue in the Emirates and maybe the once promising Greek center back will complete his career. Much of what he promised he confirmed. Many, however, do not. A footballer cannot be considered full of playing days at the age of 30, especially if he has played 250-300 games in the championship and has left it only at the age of 29 and without being given the opportunity to play more, even in a second-rate team or and third. Which means that a player who was a key member of two leading teams for a consecutive five years was deemed inadequate at such a young age by the Italian football team. What happened during these five years and from the zenith Manolas reached the nadir? There was no major injury. Not one to justify this fall. What happened is obviously known to him, his coaches, but also his close environment, we will obviously never know. But we have the result in front of our eyes: Kostas Manolas is a football veteran at 30 years old. Pity. 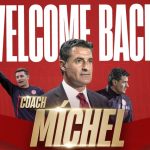 A fool or an opportunist...

Leader - September 21, 2022 2:10 pm
Changing coach in the summer shows poor planning. You can't have hired a coach or given the keys to the team to the one who completed... 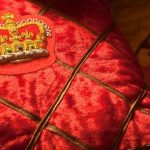 Leader - September 18, 2022 3:13 pm
The queen is dead, long live the king. Elizabeth is dead and Charles is the new king, the new monarch of Great Britain... 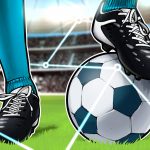 Leader - September 4, 2022 1:39 pm
The new season begins, And yes, it is more interesting than ever before in football history. Because never in the past has it been played in...

Coverage in the tie…

It also covers the start...

He leads the group...

Open an account now in the new subscription version of Tipsmaker without a second thought, make your transactions safely, close a duration position in the top site ...
Read more

Welcome to Tipsmaker.net a purely football-betting site created by people who have served football and still serve it. The panel is framed by individuals composed of long-term football ability (as footballers) but also betting experience. Our betting philosophy and football in general is cold - objective - without prejudices and fanaticism with valid information on a daily basis. The goal of all contributors who work daily on the site is exclusively profit. .Football is our life. Our job is to provide you with documented sports events with analyzes - statistics - estimates. The ultimate recipient and creator of the whole effort is YOU who give us the strength to move forward.

This website uses cookies to improve your experience while navigating through the website. Out of these, the cookies that are categorized as necessary are stored on your browser as they are essential for the working of basic functionalities of the website. We also use third-party cookies that help us analyze and understand how you use this website. These cookies will be stored in your browser only with your consent. You also have the option to opt-out of these cookies. But opting out of some of these cookies may affect your browsing experience.
Necessary Accept all
Necessary cookies are absolutely essential for the website to function properly. This category only includes cookies that ensures basic functionalities and security features of the website. These cookies do not store any personal information.
Functional
Functional cookies help to perform certain functionalities like sharing the content of the website on social media platforms, collect feedback, and other third-party features.
Performance
Performance cookies are used to understand and analyze the key performance indexes of the website which help in delivering a better user experience for the visitors.
Analytics
Analytical cookies are used to understand how visitors interact with the website. These cookies help provide information on metrics on the number of visitors, bounce rate, traffic source, etc.
advertisement
Advertisement cookies are used to provide visitors with relevant ads and marketing campaigns. These cookies track visitors across websites and collect information to provide customized ads.
Others
Other uncategorized cookies are those that are being analyzed and have not been classified into a category as yet.
SAVE & ACCEPT
Powered by