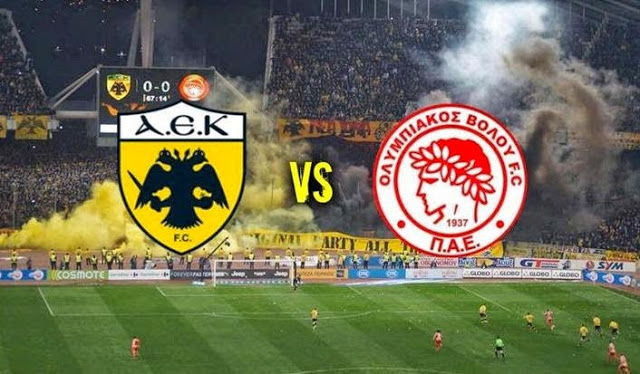 Tonight in OAKA another match between AEK and Olympiacos. Once in a while. And as long as football is played in Greece, the two specific teams will always have the opportunity to clash. At the championship level.

That is why every time there is talk of clearing accounts. Pride, not just exaggeration. AEK and Olympiacos have nothing to separate. Not even their tissues. Their job is to play ball, that is, to offer a spectacle. And they will succeed like football companies that are, if those who are on the field at the end of the match do not want to leave.

The same goes for those who watch the football event on TV. Let the referee whistle the end of the project and they want κι. other football, spectacular and satisfying. This is the success, not just the desire for victory from the media and the fanatical fans. And to crown the winner even if he did not play a pre-emptive ball. Even if he was not entitled to victory.

When only the result burns, as it turns out, then in reality opponents and protagonists are not the footballers. The ρόλο referees, the presidents of the teams, and the παίρ fans take the first role. The 12th player. That he does not play for football, but for the… ideology of the team,… its religion,… its history, its saints and sanctuaries. They are served and protected by professional football players unknown until yesterday and from distant places.