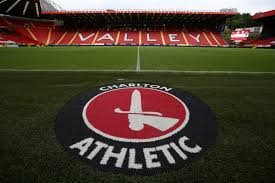 ** Watford lost to Aston Villa and were eliminated from Tranmere in the Cup last week. Her forum was interrupted while she was again in the relegation zone. However, he remains undefeated at Vicker Road. And it does welcome Everton, which cannot be said to have gained stability with Ancelotti at the helm and away from its base has problems, especially in the suspensory track. At Watford, he hasn't celebrated a win for 13 years!

** Liverpool against Southampton would reasonably put another "three-pointer" in its bag. Of course, the Saints are in great shape, having won 16 of the last 21 points available! They will certainly be difficult for pioneers who will not have Mane again. The choice of Liverpool's win combined with 'under 3,5' pays well.

** Survival Battle is Charlton's game with Barnsley. The hosts were drawn in the final match with Fulham, despite being unbearably pressured. Their injury problems have diminished, and they have made three good transcriptional additions. The visitors were eliminated in the Cup, 4-2 at Portsmouth and remain weak suspensions, especially at home.

** Hibernian increased his unbeaten streak to five games and, in the cup with aggressive grit and stubbornness, shut out Dundee United 4-2 despite losing. St Mirren relies on its good defense and will do the same tonight. The score will be hard to escape.

** Morton has the momentum, only in the delays he bent over with top team Dundee United and gave it a 1-1 draw. Unlike Dundee's other team, which has run out of aggressive solutions, it has the potential to even win.

** Forfar is coming off a 6-0 defeat to Falker after conceding five goals in a half. He wants to break away from the penultimate position, but Clyde is always dangerous, and Killer Goodwill on the impact line seems unstoppable. The match seems to be able to give us a goal on both sides and a high score