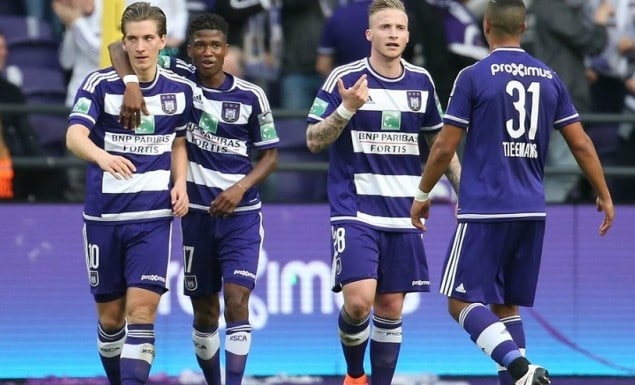 It offers options for today's program, we support the seat once again, Anderlecht is not at odds with the performance in Paphos after -6.

Cagliari has just one win in their last five games, undefeated in the last five with Empoli (3-2-0). Eboli has come from four consecutive defeats in the league, with no home win (0-3-6 with 9-22 goals). We predict that Cagliari will take advantage of its headquarters (3-5-1 at home), there is value in the ace where we find him in the two units.

Levante was not worth losing in the away match against Atletico, he was competitive, he deserved the least. Just a win in the last ten games for Valladolid (1-4-5), he is in the 14 position at + 3 since relegation. Can take advantage of its headquarters Levante, is in the + 4 of staying positions, is superior midfielder than her opponent, in units ace comes in our selections.

Pescara faced many problems in the away matches (2-4-3) but was very strong in the home games (7-1-1) and claims the rise with demands. Cremonese relied solely on its headquarters before the break, it has no away win (0-4-4), logically it will not be in danger. The ace is a good choice, Pescara has turned "Andriatiko" into a "fortress".

Alki fights for the eve, the previous match lost to 1-3 at home from AEL. This was the first defeat after the 3 races, it will be complete. Paphos was sentenced to -6 for irregularly participating in its first game, appealing if the penalty would be a seven-point ban. Not winning the last six, he is in immediate danger of being relegated. Excellent tradition for Alkis has never lost to Paphos, with 5-2-0! Ace worth close to three points.

Ghent did not last long before stopping, losing several points in the easy matches. A disappointing season for Underhill, it was ruled out of the cup and Europe prematurely, with modest appearances in the league. Changed coach, brought the experienced Fred Rooten, we expect it changed for the better. It has favored the tradition with 3-7-10 over the last decade. Near the four units the double does not go unnoticed.