With the minds of all of us at the resumption of the championships, we start the SK with two bunches from the now "favorite" Belarus with a total performance in the quadruple.

Slavia, which was undefeated on 22/3, lost to Isloch away 2-1 and put an end to its unbeaten streak. He is offensively good, where he loses is the defense. This was the reason why he was defeated at the headquarters of Isloch, although he also had several opportunities. I expect a reaction and the fight with the FC is a must.

On the opposite bank, the FC is having a bad moon, and this is evident from the fact that it has not found nets in the last three games. There are too many and I think this bad series will stop. It started very strong and we kept emphasizing that this attack that was throwing fire would be her weapon to go well in the championship. Slavia is suitable for such an aggressive outburst.

So we have and we say. Good attacking teams, motivated to find nets, very mediocre defenses and a G / G that is offered close to 2. I should note that it is traditional to have matches in which goals are scored as 8 out of 10 matches between them have confirmed the ambiguity. So G / G…

It's hard to believe that with such mediocre football playing, it's in 4th place. The reason, of course, is Goronthea. In 5 matches she has scored three times with these three goals giving her nine points. However, even though our eyes hurt, we have to convince her that defensively she is cement and in order to score a goal, you have to fuck her shirt. He made a big double at the headquarters of the deformed otherwise Energetic, he was not seriously threatened and now he is waiting for BATE with good psychology in a match which, if he wins, puts him in the top three. However, I think that the cynicism he showed in the previous matches is not enough to get BATE knockout out.

BATE, on the other hand, plays nice football, has the opportunity to take possession but has difficulty in scoring goals. In her last match with Zondino, she made 13 shots on goal, missed a penalty and eventually stuck to 0-0. I think it's only a matter of time before he finds the net and scores. The thing is, if he doesn't beat Goronthea, he starts and stays far behind, which of course he doesn't want, and I think there's a strong incentive for BATE to make a convincing appearance and breathe a sigh of relief.

Let her hurt me repeatedly, I continue to support BATE. Of course not in odds of 1,60 given by the double. I will risk waiting for BATE to score more than once at odds of 1.95, which marginally satisfies me. 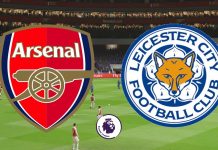