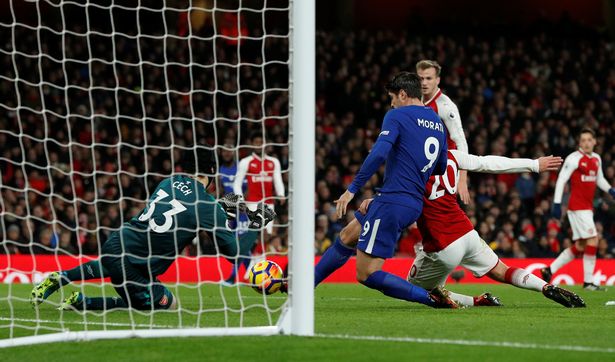 England are just our current predictions as there is a cup in Scotland and no championship matches are taking place.

Liverpool are welcoming Crystal Palace and the Reds want to continue their way to the title, with another… show at home. Crystal Palace is by no means a scare and with Anfield as an ally, they will still have an easy win, which is expected to come with many goals.

The same is true of the Manchester United enthusiasm, which welcomes Brighton, which is a closed group in general, but the excitement of the Red Devils will be able to "break" the defense and take over. a wide victory.

In Arsenal's derby with Chelsea, I think fast football will be dominated by many opportunities, as in the first round game, which ended with 3-2 in favor of Chelsea, and last year's game at the same stadium as 2-2. .

The Leeds champion has returned to wins and good looks and now faces a modest Stoke, who are well below 15 and have come from three defeats and a draw in the last four games. Despite playing away I believe he will succeed and get the win.

Middlesborough are fifth in the standings with two wins, while Millwall is quite low in the 20 position and it comes from a defeat and, in combination with its away game, makes it even more difficult.

Sheffield, in great form, coming from four consecutive wins and a draw, has come close to Leeds at four points while Swansea is 13 at 37 and despite being on a good moon, I believe they will succeed. get another win, which will be the fifth consecutive one.