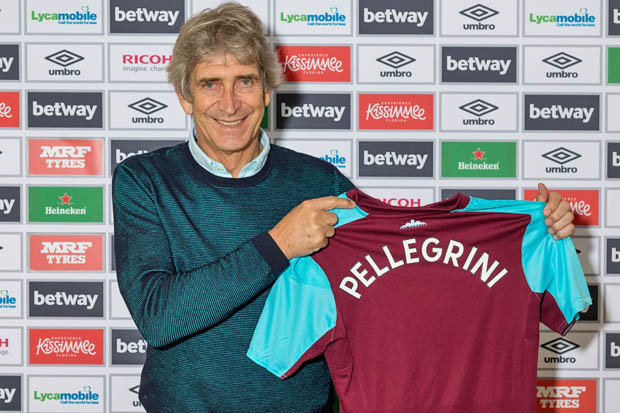 Manuel Pellegrini can become an expert on obvious statements. "Obviously we need to add points," he said after the third defeat in three games, making the relevant play. "We need to make more wins than defeats." And most teams would like it if they had spent 100 million on transcripts. After a summer with a new coach and 10 new players, West Ham seems to be repeating its story. West Ham lost all its games in August last year and has done so now. Co-owner David Sullivan said Pellegrini was "immediately helping the teams move forward" when he was hired, but the only improvement over last year is that in three games the Hammers have conceded 9 goals. 10 goes to the same point with the dismissive point that in these matches the two opponents were Liverpool and Arsenal.

Look at the very poor defense. The new goalkeeper, Lucas Fabianski, is an upgrade for Hart, having already recorded 16, but Isa Diop was the most expensive transfer of the summer for West Ham who paid 22 million. The center-back stayed for 90 minutes on the bench, with the much cheaper Fabian Balbouena and Angelo Ogbona being the key. See also the sidebar issues. On the right, Ryan Fredericks started in the first and third matches and Pablo Zambaleta in the second.

On the left, former coach David Moyes has transformed Artur Mazuacu into a super aggressive backbone, whom Pellegrini has made more conservative, which has exposed French defensive abilities and left Xu Xu out. The center; Slaven Bilic saw the team's need for a suspension last year when William Carvalho was targeted, and David Moyes did so in January, when Leander Dentconer set the goal. Instead of acquiring a player like them, the club donated 11 million for transfers elsewhere. The departure of Seiko Kuyiat and the arrival of Carlos Sanchez certainly do not make things better in the center.

Pedro Obiang, the only clean cutter left in the roster, has been on the bench for 90 minutes in all three games. The use of Wilshire and Noble without a defensive tackle next to them proved to be a disaster for Liverpool and Bournemouth in the second half, as the defense was left helpless in the appetites of much more athletic players. The comparison made by Pelegrini between Wilsir and Andrea Pirlo was the least unfortunate. At least, Willsir was a key player, unlike Andrei Yarmolenko, who cost 17.5 million and has played in all three games as a replacement under Robert Schodgras in the Chilean squad.

In the attack, Tsitsarito made a start to the season similar to that of Zambaleta, going into 11ada, with Pelegrin preferring two for home games and one for outsiders. A decision that, combined with the issues in the other positions, shows a lack of clear plan for the team. It is understandable that the coach will not know even more is the strongest point of his team so early in the year. But something seems to go wrong when three games feature three systems and the three strongest transcripts remain on the bench.