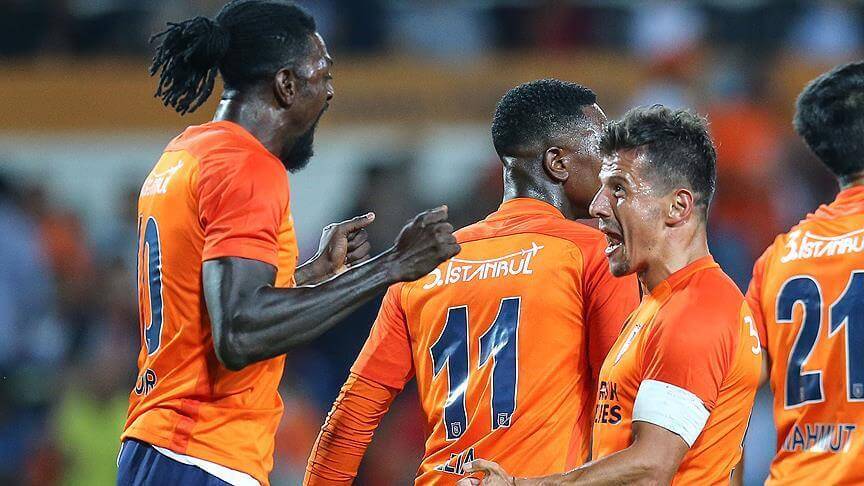 Turkish football is in debt turmoil as the UEFA Financial Fair Play strikes as a thunderbolt a country of maligned teams that has done nothing to ensure transparency and rationality. The image of the big three, Fener, Galata and Besiktas, estimated to be backed by around 80% of Turkey's fans, is far from standard and only the latter is relatively close to the top. Basaksehir should theoretically symbolize something special, as it is typically a private-equity group, but its embrace of Erdogan's neighborhood, support from himself and his party, as well as from state-owned companies or pro-government businessmen, make the fans antagonistic. that this is not just a business and football miracle, but a government-backed team. And if Erdogan's beloved district is now considered 400.000 world-wide and constantly evolving, a potential championship will be a victory of its own, but it will also have many unhappy.

Erdogan's relationship with football is well-known, as is the way he tries to use it for political purposes. Shortly before the referendum that led to the reinforcement of the Sultan's powers, he said: "I think that football and politics share many things in common. As in sport, the essence of politics is competition, competition. Just like a team that plays without a plan, tactic or strategy has zero chance of winning a title, so politicians and parties that have nothing to say to the world have no chance of success. As in football, there is no politics without passion, love and dedication. " Former footballer and himself, Recep Tayyip Erdogan, made sure to remind that 2002 sports facilities were built in the country, which would not be possible without him.

The image of a Turkish president wearing an orange jersey to score a hat-trick at the inaugural 2014 had made the round of the world, boosting his football profile. Only the stadium was not of any team, but of the champion of this year's Turkish Championship, Basaksehir. A team that emerged from almost anywhere, built a record-setting stadium and has unmatched alliances and sponsorships with its fan base. Amid the crisis of the country's major teams, he found the opportunity to kick-start and flirt with the league. A chat with Patrick Kent, English author of The Passion: Football and the Story of Modern Turkey, led me to look for more information on this particular case of Turkish football.

Büyükşehir Belediyespor began climbing in the mid-1990s on the outskirts of Istanbul by another name. It was just a local team that belonged to the water company. Erdogan was still mayor at the time, and in the suburb of Basaksehir he wanted to create a neighborhood ideal for his faithful. Far from the aid and cement of the center, with areas of greenery, quiet and fresh air, built on the traditions of Islam. "The most important reason to buy an apartment in Basaksehir is to feel that you belong to a place with a conservative identity and a community surrounded by religious values," writes academic Shellin Gurgun in his dissertation on neighborhood. The streets have big names in Islam, dogs are banned in the parks and most women wear burqas.

Bouyuksehir switched pages to 2006 when President Goksel Gumushdag, Erdogan's believer, who is married to his wife's niece, took over. He brought in coach Abdullah Abcsi, who had passed through Galata and the nationals. In the same season, he advanced to the first division and 2009 / 10 finished sixth, while 2011 reached the Cup final, losing to Besiktas in the penalty shoot-out. Representing only one neighborhood, the team played in front of a few dozen fans at the immense Olympic Stadium.

The shirt with the number 12

Gumushdag saw in the new suburb that Erdogan built the opportunity to connect with the local community and made the decision to build a new stadium, with the full support of several key people. So it became Basaksehir. The team, meanwhile, was downgraded and the coach and coach temporarily left, but returned with the big leap and construction of the new stadium. Unlike most stadiums in the country, the Fatih Terim was built in 16 months, with the pro-government company Calion taking over. The Turkish president showed personal interest in securing the speed of construction. The friendly hat-trick he had before the 2014 presidential election, in which Erdogan took the anchor. She was wearing the 12 number on the shirt and has since retired, while the colors on the shirt were the same as the party.

The 2014 hub of the year was the transition that fueled the economic momentum. Unlike most groups in Turkey, Basaksehir went into private hands. It was acquired for 2.5 million by a group of eight businessmen affiliated with government-backed businesses. Their presence and attitude is what sponsors do. Former shirt sponsor Makro backed Erdogan while the new Deko / Vita is its subsidiary. The "mom" company is committed to paying Arda Turan's contract. Correspondingly far greater than the dynamics of its world is the percentage it receives from television rights.

Although attracted by Adebayor and Robinio type transcripts, Basaksehir has invested heavily in the scouting network and nearly two years ago did the same with its academies, offering children training alongside some training areas. At the same time, she launched a campaign with schools and neighborhoods to gain her own loyal public. What distinguishes the neighborhood and the group is that the name of its first fan group is 1453, the date of the Fall of Constantinople. Among the directors are Erdo Μεan's government minister Mehmet Ersoy, while health minister Farettin Koca is the founder of a major donor medical company.