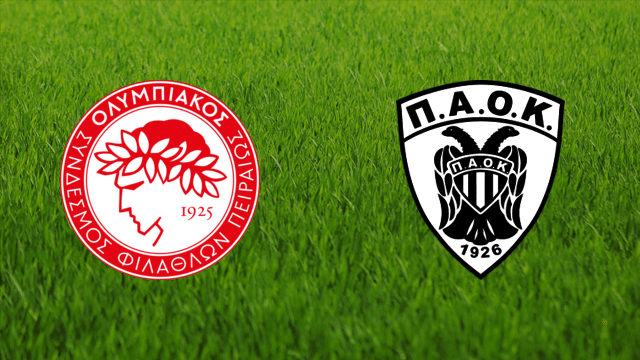 We have been broken by foreign referees. These are not things. To deprive us of what became an acquired right of the podium and of the whole system. I'm talking about the maneuver caused by the whore's refereeing. Stranger whistle in the cup final and no chirp was heard, no complaints. That was the bad thing. The foreign referees returned to Greece normally. Without anyone in charge taking into account the consequences of the deprivation syndrome that will hit those who eat bread from the ball.

Foreigner in Olympiacos - PAOK, a Swiss. And if he makes mistakes, the job will pass. Even a crime, to alter the result, will say "human error". And we who had learned well in vomiting, in the defamation of football, will sit on the ice cream. With a foreign reference, the conspiracy theories that he was swamped by this president were not set up by the other.

We're serious. Foreign referees hail. We miss the pleasure of slaughtering the massacres in Karaiskakis, with rivals Olympiacos and PAOK. I wanted Greek blacks and the game not to end. To kill Marinakis and Savvides' teams, that's what I pray for. Because I'm Greek and I go for film adventures, and away from the crazy sports contexts of the kyrillas for kittens.

Thanks to the refereeing, with Greek referees, our championship has lived unforgettable and historic moments that filled our poor everyday lives. Hell the stadiums, race breaks, episodes before and after games. It all comes down to arbitration. And now, the end of the show until they start to suspect the alien reef. Just like it was before the dictatorship. They ended up getting rid of strangers and strangers. Not that they were wronged. And why should those who rob them more than those who push them?