** Mourinho's Tottenham opposes Guardiola's City. Teams with strong rosters, but not an ideal start to the year so far. If anything characterizes it is that they both play better away from home. And City does not have the slightest gel margin, since it is already 10th and at -6 from the top. Double of 1,85.

** Equally formed teams, Middlesbrough and Norwich, but given the expectations before the start of the season Boro is treated at home as an underdog. Paradoxical with the image he has shown. With "safety" in the tie. At 2,25 the 1 DNB.

** Wigan and Oxford are anything but molded. Especially the host has many  and significant absences in view of tonight's match, but it also has a strong recent tradition. Something that matters a lot in England. Oxford favorite is an exaggeration! The ace DNB the 2,45 selector!

** Net odds of a big favorite in favor of Celtic in the match with Hibernian. But the Celts  have serious problems defensively, it is difficult to keep zero liabilities. The matches between the two teams are usually rich in phases and goals. The ambiguity at 1,87 is worth the risk!

** Eir Ms Dundee is almost identical this year. They play the same system, they have brought similar results, they have the same goal, placing in the top six. Tonight's game between them is a classic match that begins and ends in a draw!

** Derbara top with the background of the lead in Scotland. Only the goal victory of the trained Volkerk who, if he succeeds, will reduce the point from the champion. And Kov is in full shape and has excellent psychology. Against its criticality, the match has increased chances for goals from both sides. At 1,74 100% eligible! 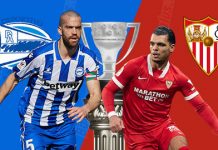