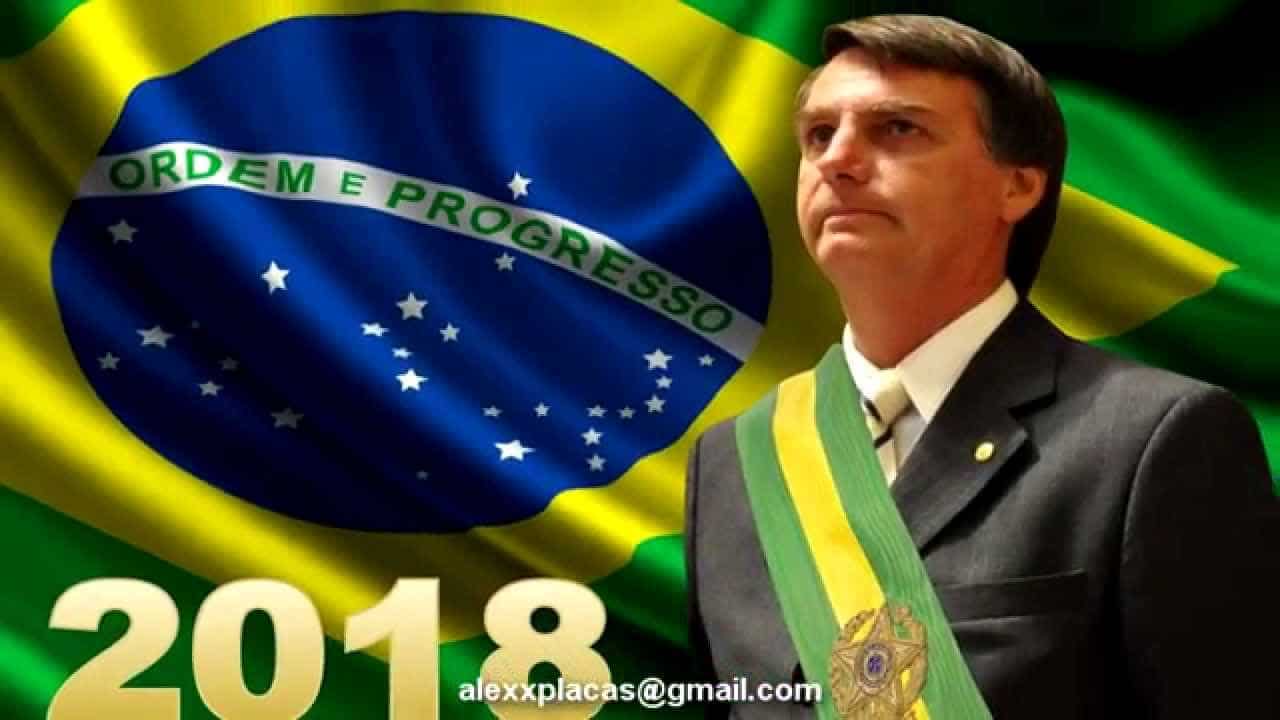 When the huge Socrates, the leader of the stunning Brazilian National at the 1982 World Cup, fought his own battle to end the military dictatorship in Brazil, one could not imagine that the next generation, grown up in poverty, would grow up Democrat.The talk is about Zaire Bolsonaro, the former military man who is close to assuming the presidency, in the most polarized and uncertain elections that have been held in Brazil for decades.

A former military man who crossed the dividing line from 1988, he first joined the Christian Democratic Party and now, as a candidate for president of the PSL, a Liberal Union, dreams of a secure Brazil above all! It is even said that many have been mentioned with flattering comments about the 20 year (1964-1985) rule of the country by the Jundas!

He is a staunch anti-leftist and has voiced objections to gay marriage, abortion and the influx of immigrants into the country, speaking in an insulting way about Africans, Asians and Central Americans. On the contrary, he is in favor of the death penalty and the privatization of state-owned enterprises!

The approach of football players

Bolsonaro's election campaign was based on populist discourse and social media, with the country suffering from scandals, corruption and criminality seeming ready to give him the nod on Sunday (7 / 10). This is how he approached several famous footballers, idols for many Brazilians.

The support Bolsonaro has received from the sports world, and in particular from the players of the Round Goddess, is enormous, which is an oxymoron when one looks at the backround of Ronaldinho, Felipe Mello, Ronaldo, Luca Moura and others. Most come from poor families, of humble background, and have repeatedly voiced their opposition to racism in the playgrounds. They grew up in favelas and used their talent and football to get out of the infamous neighborhoods, poverty and poverty. Nevertheless, they all support Bolsonar.

Lucas Moura described the politician as an alternative because "at least we do not hear the same reasons and the same suggestions", argued that "it does not promote violence, but justice" and how "accuse him of being a racist without arguments", Urging others to worry about his country like him. “No candidate is a savior, but we must change", He concluded in his dialogue with twitter users.

Felipe Melo, after a game of Palmeiras, in which he even scored, told the journalists: “This goal is for our future president, Boulsonaro"

Why do the players support Bolsonaro?

But what is it that makes all these football stars stand by the side of a politician with such extreme views, while one would imagine the opposite? According to Flavio de Campos, a professor of history at the University of Sao Paulo, who studies the relationship between football and society and politics: “The key issue is the lack of confidence in democracy. I think it's more a contempt for democracy, the idea that it's good for nothing and it's a waste of time. These fascist perspectives are based on two pillars. The failures and instability of democracy and the issue of corruption. These are the two main arguments ... that attract people"

Mauricio Santoro, a political scientist and professor of international relations at Rio de Janeiro State University, supports Cambodia's view. “Οι άνθρωποι", says, "believe in Balsarno because they are outraged by Brazil's political system. They are voters who believe that Brazilian parties are corrupt, that Brazilian politicians are corrupt, and see Bolsonar as a rebel, as some question the status quo."

The simplicity of Bolsonaro's solutions to complex issues attracts voters and footballers in particular. Sports journalist Bruno Rodrεςguez saysBoulsonaro's reason is very easy. It also offers the easy solution. How are we going to solve the problem of crime? Giving weapons to citizens. If someone steals a home, the citizen has the right to go and kill the robber. The players end up embracing this reason for the easy solution because they are not interested, they are not seeking to be informed. It's easy and comfortable for them”

According to Zuka Kfouri, a columnist for the Folha de SP newspaper,footballers' ignorance of politics confuses the desire for order and honesty with repressive violence and prevents them from seeing that the candidate has no sincere"This support for Bolsonaro, however, has brought footballers in contrast to many fans, who deny the far-right candidate's biased views and authoritarian tendencies.

Corinthians' biggest organized fan association recently went so far as to publish a statement rejecting Bolsonaro when two of the team's players sided with him. “Do you know our story? Did you know that at the time of our establishment, 1969, we were living in the middle of a military dictatorship? You are aware of the oppression our founders suffered for raising the flag in favor of democracy and the rights of our peoples; "

At the end of the statement there is also a prompt that any of the 112.000 members of the club intend to vote for Boulsonaro to be immediately removed from the group. Despite the reactions from the people and the fans, the teams have not officially participated in this debate.

From the slums and the ball to the elite

The support of the players in Bolsonaro can also be seen as a reflection of their position in society and demographic characteristics. Political scientist Santoro explains that "about two-thirds of Bolsonaro's voters are men and are much stronger between the middle class and the elite than the poor. Its voters are concentrated in southern and southeastern Brazil. Much of the country's wealth - and therefore of the biggest clubs and high-paid people - lies in these two parts of the country. "

The most successful players, according to history professor Kambos, “have experienced a major social change. They come from a deprivation environment and now enjoy the life of the wealthy upper class. Instead of looking at their origins, they think more with their current social position, the elite ”. Generally players are alienated or worried about their privileges. They frequent high society and colonize it"

It also reminds us that this is not the first time in recent history that Brazilian footballers have backed a candidate in the presidential election. 2014, both Neymar and Ronaldo have shown their preference for Neves, the far-right candidate who ultimately lost the election.