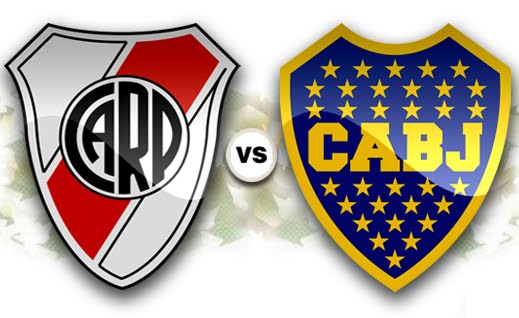 The first delay postponed the final one hour back and the second one 75 minutes later. But it couldn't be done for any reason. They understood it all. Even the opponents. Indicative and to their credit, no one asked River Plate to play the game properly. But there were two guys who tried to do everything to make the opposite happen.

At a time when Boca Juniors' mission had been hit hard and its leader, Pablo Peres, had been hospitalized and appeared with a battered eye, as well as two of his teammates and Carlos Teves vomited chemicals, CONMEBOL and FIFA, level of ... umbrella.

Boca justified in every way he could not play the final. How it was the most important game in its history and it would start with a huge disadvantage: racing and psychological. Paradoxically, the hated opponents showed understanding and consensus. This was the perfect example of how normal protagonists understand each other. Everyone else is the one who spoils it.

The president of the Federation of South America, along with that of the World, is said to have come to threaten Boca with various serious penalties and even defeat on paper. According to reports released during those bizarre Saturday hours, Alejandro Domingues and Gianni Infantino had locked Xenisians president Daniel Achelici in an archway and were not allowed to take his team to the grass.

The huge stakes for them were television. For the first time in the history of the Copa Libertadores finale, so many people had gathered and pushed so much money. The countries that would broadcast live rematch had reached 65, including Western Sahara, Lebanon, Mali, South Korea, and Indonesia. At every length and width of the Earth there would be a picture of the River Boca.

The amounts were enormous, as were the channel's safety valves. But perhaps even more important was the lost prestige. What a great win the game itself with the perfect atmosphere and the unpretentious, raw soccer at 2-2 of the first match, lost to the above after the revenge fiasco. Where some bastards destroyed everything: for their team, for the final, for the clean ball, for which our thirsty eye was waiting.

In an interview the day before the shame and shame, President Domingues explained to Miguel Dillaini of the "Indipendent" that: "This is the beginning of tomorrow. We will make South America the biggest benchmark again. And it all starts now. " Where could he have imagined that this final would be the longest-running double play in history. If it plays naturally, something we'll find out on Tuesday afternoon (Greek time).

Only the evil is done and it does not change. And as tragic as all the images that were transmitted to us through social media by Buenos Aires, all the more miserable was the pressure to become a fighter for all the wrong reasons in the world. Those who make the decisions did not care about human lives, victims, disasters, but only about money and television. The stupidity of the fans will be eternal, but combined with the modern needs of football for francs, it becomes more dangerous than ever…

PS: There are many who hasten to exemplify only the ugly side of the episodes, to show that Latin American play is not comparable to modern, refined Europe. At the same time, all of us who were disgusted after the first finale were blown away that we were in a hurry to write. But so it is: when something is magical you have to respect and apologize like it did then. And that it is rotten as it is now, you curse it. In every scene you give the description and the emotions it brings!