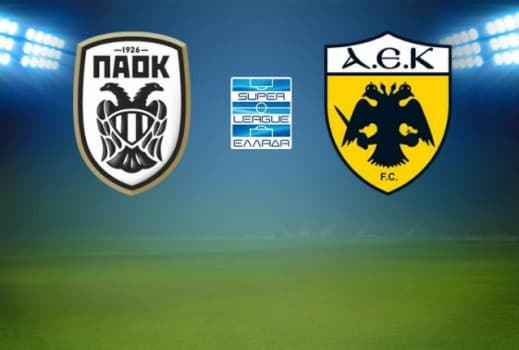 Back to the championship. In Europe, they got their mappings, but in Greece the three prospective grooms have only won the three races. Anyway, our teammates have managed to date. So far it has been, however. Our tripods are over. Since tomorrow, the work has been burning. Wood will fall. There will be blood. Nothing cleans all three together. The table will inevitably record the first losses.

PAOK-AEK, Olympiacos-PAOK, AEK-Olympiacos. In the three derby program, one behind the other and the mother leash. Only their eyes won't pull out the three levents.

So is. The league is not a histogram. On their way there are uphill, downhill, steep turns. Rugged tracks.

The team that truly deserves the championship does not lose its balance, and its charm requires it. First, it's still early enough. And, second, if one accepts that the game is played in derby, there is the round.

The team has been judging the course of the whole season. Not just in the gladiator duel. We are waiting to show us what kind of preparation he did. If her transcripts count. And, finally, if he will get the fighting spirit he needs in the tough bunches.

Stones are the next three races for the trio guitar. We said. We will not say champion the team that will cross the Stones without the help of Goddess Hera, as happened to the Argonauts of the myth.

Otherwise, the home gingerbread started playing. Vampire has its place in the trilogy. Paik-AEK will stay on the job and AEK-Olympiacos will continue.