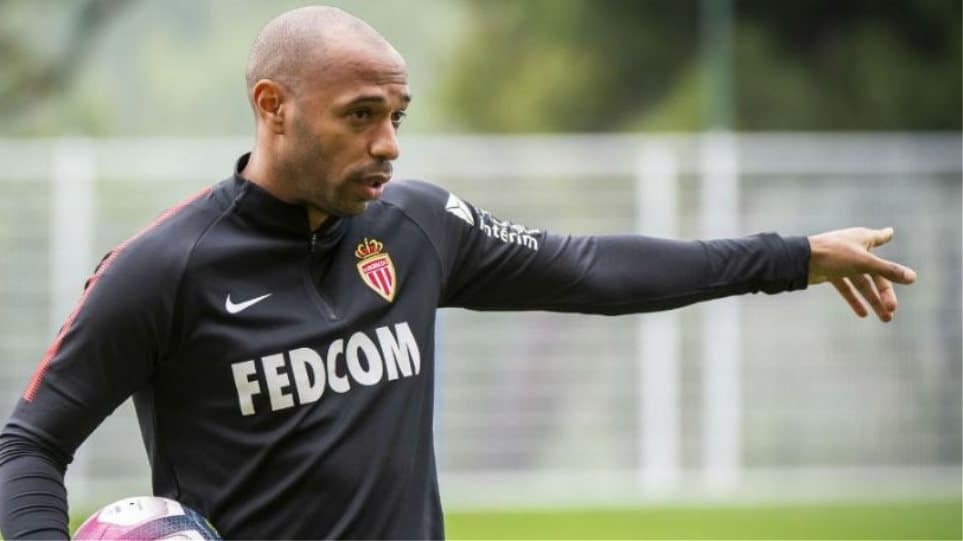 What's wrong with Henri in Monaco? The team that left 2017 is now on the road to disaster, and the French technician is unable to find solutions ... Bruges becomes the last team to ... move to Monaco, left without a victory with Henri on the bench. The appearance of the Montegasquas was a shame and everything was over from the first half, when they became the first French team to concede three goals in Champions League history to end their worst defeat in the Monte Carlo ... but even the softest followers of the world, those of the "Princes", could not stand the thunder of Thierry Henry's group and set fire to "Luis II". Henri is still looking for his first win in Monaco after five games with the team and appears to be having problems on and off the pitch at Ligue 1. A tough start and the nightmares of relegation have made their appearance.

"People tell me after every fight that things can't get any worse and yet they go," the Frenchman said after 4-0 from Bruges. It came a few hours after Monaco billionaire and owner Dimitri Ribolovlev was brought in for questioning for corruption. At the request of Monaco prosecutors, he will be investigated for corruption cases and an investigation was also carried out at his home. Authorities have already investigated his impressive villa in Monaco. The reasonable question to ask is how the team that went to the Champions League semi-finals 2017 is now out of European competitions and cannot even meet the demands of the French league, where they have been in last place for some time. No one could have imagined this despite the mistakes made at the team's transcription, planning and weakening level.

Henry also did not expect that Monaco would continue on the same bad racing track after meeting with Vice President Vadim Vasilyev at his home in London. Vasiliev who asked him to take the place of Leonardo Zardim. The vice president was impressed by how much Henry knew about Monaco's current team. At the same time, Thierry Henry seemed to already have in his mind a plan of team improvement and psychological upgrading. In his five appearances as a Monaco technician, he has suffered three defeats, two draws and also appears to be a great failure with constant injuries that further weaken the club.

After losing to Reims in the league, Henry hoped for a reaction or an… outburst against Bruges. His team started strongly in the match but as soon as they conceded the first goal they collapsed. He was found to be losing 3-0 in the 24th minute. Henry was saying and saying again about childhood mistakes, but nothing could change. He was talking about a team that has learned to "surrender" and that now has the tendency "not to fight and not to try as much as it should and can". A set that just doesn't do well in the match doesn't react. Monaco's… Ultras left the pitch more annoyed than ever after the 4th goal. Even the Belgians, whose last victory in a European tournament was three years ago with Besiktas at Europa, did not believe it. "This was definitely not the best match we had this year at the tournament," said Ivan Leko, Brugge's coach, causing another pain in Monaco.

"We are talking about shame," said Monaco's international French back, Jibril Sindibe. But he also played very badly, like most of the players left over from 2017: Gemerson, Falcao and Glick. Of course, the most impressive players from the super course of 2017 were sold. Fabinho, Lemar and Joao Moutinho left last summer. The departures of Killian Bape, Silva, Medi and Tiemue Bakayoko had preceded them. In the past, Monaco did the same. Zardim himself said that his job was "to constantly rebuild the team" and that of course had to do with the constant departures and changes on the roster. This time, however, he did not succeed. But this is not a surprise. Nasser Chadli was not enough and Tillemans did not "shine" as much as they expected.

In the meantime, Golovin, Jovetic and Willem Gembels were among the many problems the team suffered. Opposite Bruges, the top player was Sofian Diop, the 18 timeout, who had never played in the first team before. Henri threw in the battle and the even younger and 17y old Noah and Guano. “I wanted to see if they had the… stomach and the strength to stand at that level and fight. When you put two players on the 3-0 course to debut it is very difficult. We don't have many players available, so we look for those who have the passion, talent and determination to run and push. And let's be so young. If they want it and show that they can play. Young people have no fear and passion and that is what we need now. We need to recover these feelings, "the Menuchas coach said.

Henry, of course, is ... a rock and he's on the bench. In one sense he is like Diop. It is not easy to manage a Monaco that struggles to avoid relegation. In his great career the data were different. In the five games that have guided Monaco, he has no regular naivety or reason to question him for his thoughts and ideas. But the doubt is not in the regular. It's about whether he can instill in the team the winning mindset and some of his own characteristics when he was a player.

So how charismatic is it? Obviously he is a football star and with a huge career behind him is not enough so far. So he has to find the words, phrases and how to inspire this… mix of old and new players. Can he make Monaco players fearless again? Make typical leader on the bench and guide them accordingly? This is a great opportunity for Henry to show what he can do after the 2010 National France fiasco.

At least his luck smiles a little for the injuries as some players come back. Ribolovlev with his current situation may not be able to help Monaco again, and it does not appear that there is a mood for a big opening or many additions in January. So, at the moment, things are worse than ever for Henry. And on Sunday the opponent is the mighty Paris ...