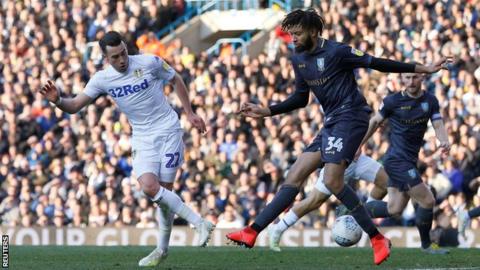 43h in the English Championship and 11h in the Irish Premier Division today and are expected goals, with the teams competing at home.

Derry City welcomes Shamrock Rovers. This game is expected to be a derby, with both teams in the top two in the standings, with Shamrock Rovers having an eight-point advantage (with one more game) however it is too early to say everything has been judged , so I believe the game will be a derby and they will score a few goals if they do.

St. Patrick 's welcomes Sligo Rovers. The home team, being a better team and with the home advantage, are the favorites for the win and will do their best to take it and start away from the last places of the season.

Leeds welcomes Wigan. A game that does not require any criticism, since there is clearly a better and worse team. The best is Leeds, which once again went up in the first leg of the championship and against Wigan, which is just above the relegation zone.

West Brom welcomes Hull. West Brom will be very unlikely to get into the first round of the championship, but will want to lock in a win with their entry into the Play-Offs, and will want to chase even third place to have a better cross, with Hull is the underdog of the match, as he is also a worse team, but he is also playing away.

Norwich hosts Sheffield Wednesday. The winning home side is essentially locking up the climb, as they will now only want two points to do it both mathematically and with a "weapon" in place, as well as the fact that they are a better team than the guests, I believe.