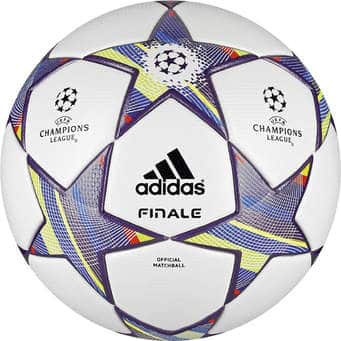 If they want PAOK to ever see a Champions League group, they have to do it right. A spell, something. It cannot, it is not possible when PAOK reaches the spring and wants to drink water, always finding the hardest team he could find in his path. It's unlikely, but it happens. And let's leave out the plate they made with 2005 faxes and the 0-3 blockade on paper. These are not done. Let's go to this article.

PAOK 2010-11 played in the 3rd qualifier and dreamed of a club. It could have been drawn by Celtic, Rosenborg, Partisan or Fener who had stabbed her again in the final. At least with Basel and Dinamo Zagreb and Copenhagen PAOK had other hopes. Even Adlerlecht or Salzburg. No, he had to find the worst balloon in the lottery, and Ajax took the paper. Ajax of Suarez and De Jong, Adeweireld and Fertongen and Stekelenburg and Danny Blind. and Anita and Emanuelson. And yet PAOK has managed to make the bitter glass of exclusion even worse. He left without losing to Ajax (1-1 except 3-3 inside) who eventually came in third with a Milan-Real group and Europa eventually lost two defeats to Spartak while PAOK blocked another phase early on. , CSKA.

PAOK 2013-14 arrived a breath away from the group. He excluded Metalist Kharkiv in the 3rd qualifier, but did not draw a ball with Fener or Basel and Dinamo Zagreb, nor Legia and Lyon or Plzen in the playoffs. Pull Schalke! The Schalke of Draxler, Fafan, Atip and Hooves and the international Hildebrand! Again and again he didn't lose, he got 1-1 to make the 2-3 blockade more painful for Tuba with a goal in the 90 flight while playing with player above! Awesome stuff! And the Germans went to Basel, Steaua and Chelsea and qualified, only the magical trophy Real stopped them in the knockout with a total of 9-2 in two matches.

And we arrived at 2016-17, when PAOK again targeted a group and pulling the block for the… qualifying key, instead of Dinamo Zagreb or Aderlecht, Celtic or Shakhtar and Sparta Prague or RosenKeyKoK and Copenhagen and Copenhagen! Again! Pity! Again in the Netherlands the first match. Again 1-1 score! Still lumps in Tuba in the rematch, with Klausen's 1-0 'becoming 4-1 at 2' with Klassen! Possibilities!

This year PAOK has an excellent opportunity. Losing from the first match. Yes! YES to fuck the 1-1 end-to-end. Since the Greek champion and undefeated Champions League away defeat in their last three away matches, let's not lose! Let's lose 2-1 I get distracted. To go not with a sense of superiority or hope, but with remorse. To drip blood to pass. Maybe this is how the demon will spoil and break my curse!

*** Olympiakos scored a good away goal. But also cunning 0-0 with Plzen. The Czechs are no slouch and Olympiacos has many new faces, he still lacks the bond that would allow him to consider qualifying a finished story. Remans attention, a Czech goal can do enormous damage! Easier to pass, Basaksehir in the 3rd qualifier is not a banned story. No. Easier than semifinalist Europe Ajax the team of Napoleon's Stephanie - lest we forget. And the many Deba Baas and Arda Turan, Oketsuku, Karaman, Frey and Robinio, Sentio and the free man.

*** As for Mars, AEK and Atromitos? Mars before moving on to plans for Molde and Tsukaritski to cross the Limassol AU first. Team that concedes a goal Terrible difficult and has made excellent performances? in Europe in recent years, this Cypriot team is not underestimated. And Atromitos is passing now, but matches with Legia (Kuopio's Finns are unlikely to pass) will really be a group test before it's time for Atromitos.