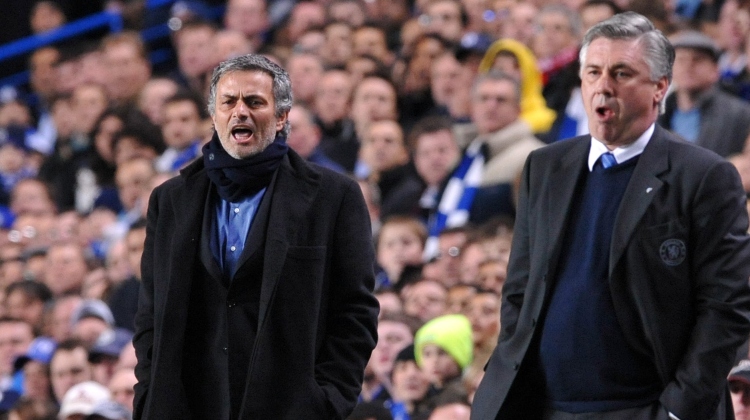 The first time they faced each other on the bench was in August 2003. Both came from great successes, with the conquest of the Champions League (Ancelotti) and the UEFA Cup (Mourinho). For the European Super Cup, in Luis de Monaco, Ancelotti's Milan prevailed 1-0 over Porto Mourinho. At the time, the Italian was 44 years old and the Portuguese 40, both in the early years of their careers.

It took many years for the two of them to face each other again. After Porto, Mourinho went to Chelsea and then to Inter, while Ancelotti remained in Milan. Their rivalry erupted in the 2008-09 season, when they faced each other in the "Derby della Madonina". The… glove was first lifted by Mourinho, who stated that "Milan plays boring football", with Ancelotti later throwing his nail for the exclusion of Inter in the Champions League. Which of course did not leave Special One unanswered, saying that "many coaches have won the Champions League, but only one has lost the final 3-0". Meaning, of course, the defeat of Milan by Liverpool in 2005.

UEFA meetings with the coaches every year - most likely - brought the two coaches closer. One of their appearances, in the summer of 2013, changed all the data and what was valid until then between them. In a friendly match between Real (Ancelotti) and Chelsea (Mourinho), the two appeared together on the pitch, with teasing and smiles from both sides. The passage of time had normalized their relationship, with the friendship - which Ancelotti had mentioned - coming much earlier than the end of their career.

This was proved by Mourinho's statements last July, on the eve of Tottenham's 1-0 victory over Everton. The record between them is 4-2 in favor of Portugal (no match has ended in a draw). Now, the two are facing each other in the Premier League premiere, exactly 17 years after their first match. A colony that lasts two decades and as it seems will continue…