When Salvador Dali called for common mortals to remain mortal, he could not foresee that one day a short, ugly, malevolent and humble guy, that is, full of appearing imperfections, would cancel his exhortation. That famous slogan of "Don't be afraid of perfection. You'll never get it, ”he had long since ceased to exist in football. Only at this time, the one who remains bold, brave, steady, simple, natural, who is in no hurry and is nearing perfection, is Luca Montric.

The truth is that to describe it in its own way, words must be simple. Only in his case it is not easy to find the right ones. Perhaps paraphrasing Charles Bukowski, we might be able to attribute to him: "Genius is the ability to do something very profound in a simple way."

It does not make sense in his case to analyze more. Especially after his legendary appearance against Argentina, which gave him his second World Cup Man of the match. So what to do? Call it a multi-tool that covers everything? To say that he likes to take the first ball from the defense until he shares it sitting? ' How does it have an amazing sense of space, perfect control on both feet? No, in his case they simply do not add credits.

Talking about Montricz can only get the feeling you leave when you see him. To be precise is the feeling when the race is already over. When you realize that he dominated the game everywhere, always, without ever realizing it. In the classic "show me your center to tell you what team you have" team, with Montric and his staff around, Croatians get infinite nails of sympathy and well-functioning.

And the gambler, going to 33, deceives the pandamator's time as well. Somehow he gets better than ever. He becomes a cult and has made every appearance, a lecture on how to practice his profession. But the most impressive thing about all that he sets up, is that while you do not have it, in every scene he makes this flight in the first three meters of his sprint and it seems more immovable than you have in your mind. And there it drives you even more crazy… 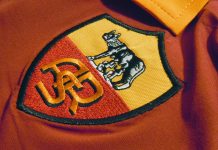 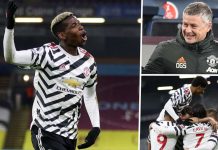 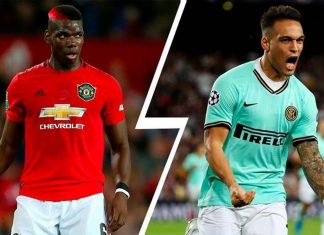