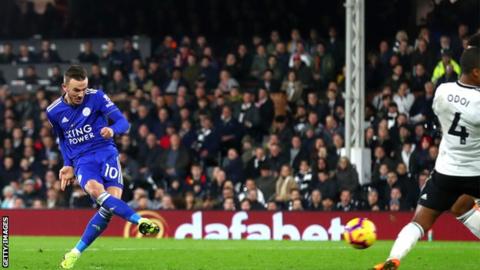 We are slowly coming to the end of the championships in England and Scotland, as we are entering the Premier League 30 and the Premiership 29 and now the teams are playing with a ... spring breeze.

In our first game Cardiff welcomes West Ham. Different goals for the two teams as Cardiff wants to avoid relegation while West Ham chases to get a place in Europe. Indeed, West Ham has proved to be a 'tough nut' in the last few games, as it is difficult to lose and when it does, the opponent makes it very difficult (see game with Manchester City). The guests will easily or hardly believe they will be able to get away with the three points of victory.

In the next game Leicester host Fulham. Leicester may not have their best season yet, as they will find it difficult to get a place in Europe, but will certainly fight it to the end. Opposite Fulham, which will be difficult to stay in the category (we said from the beginning of the season) as it is ten points away from 17 position and I do not think it will be able to put ... obstacles in the field. The home side will certainly play a role.

In the next game Huddersfield host Bournemouth. Huddersfield I believe and its players themselves have realized that next year they will not compete in the first division, as they are 13 points out of 17. This counts for about five wins and throughout the league the home team has achieved three. Bournemouth on the other hand has not saved 100% in the category, but certainly not particularly worried right now. I believe it will be a close game with few goals with under 2.5 being a good choice.

Celtic welcomes Aberdeen. It could also be called a top-flight derby, but it certainly isn't, as both teams are distant, but also scoring despite being split into two places. Specifically, the two teams split 16 points, Celtic have won twice, while Aberdeen certainly lacks the best psychology after a home defeat by Hamilton. I believe that the home side will prevail easily.

The same is true of Motherwell's fight with Hamilton. The two teams can split just two places, but 16 points, with Motherwell aiming to get a place in the play-offs and avoid play-outs, with Hamilton just trying to finish tenth. , to get the best of the championship at the start of the mini championship.

In the last game, Dundee welcomes Hearts. It's a game that clearly has Hearts' favorite, who 'burns' for the win as he wants to' lock 'her in the play-offs, while Dundee will just try not to come out last and chase her chances. at the play-out, to stay in the class.