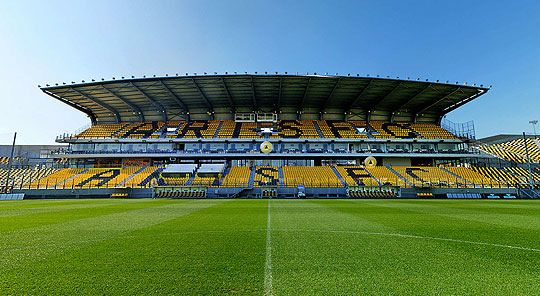 Chairs and goals show us the way to success tonight with selections from Greece, Primera Division and Campionato!

The mid-week cup casino and the 0-3 blockade were a powerful shock to Real that will now give them everything to take revenge. She will hardly stay at zero against her eternal rival. And Barca have found the key to Real and easily or difficultly score in the Bernabeu. Scoring one goal each is almost certain to open the scoring, more than likely!

AEK now has a huge cheese cup. There it is on everyone's mind and it has a bulletproof Mars in front of it, playing in one of the toughest seats in the class and burning for five goals. Third point in the chances of double and decent performance in the double chance of home.

In the end, Milan will be suicidal to break down in a theoretically easy game, whatever it has been building for a long time. Sassuolo is not pleased, but the recent appearances by Rossoneri are convincing. He has an unbeaten 8 match series in the league and Sassuolo four without three points. The clear headroom and the 1,55 of the ace are selectable!