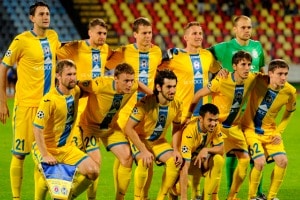 Bate Borisov is the favorite of the show and he has to show it on the pitch. Helsinki excluded Vikingur in the previous round, now raising the level of difficulty.

Atletico Mineiro (away) has two consecutive defeats, having the chance to return to their triumphant away game against Parana (0-1-5 with 2-9 goals).

Going into the many goals in Manchester City - Liverpool and Roma - Tottenham, both teams will line up with a few absences.

Dynamo Houston is extremely strong at home (6-2-2 with 24-11 goals). He has three draws in his last four games. Philadelphia (2-1-6 with 8-19 Goal) have suffered three defeats in their last four games.

Ludogorets superior to Videoton, no ace in those odds, worth over 2.5 as Videoton has a strong offensive line.