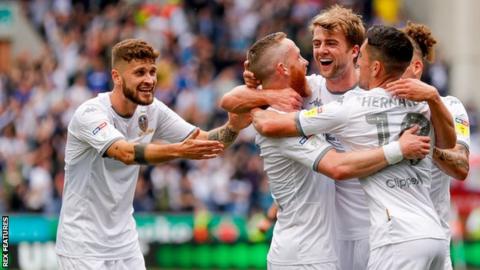 The fourth Championship program of the English Championship is completed, with West Brom, Fulham and Leeds having the upper hand.

Leeds, like last season, is starting strong and is already at the top of the standings. Brentford, for its part, is looking for its own steps, as it still shows that it has not found itself. I believe that Leeds with the help of its people will be able to make a good appearance and get the victory.

Fulham want their immediate return to the Premier League and after their first defeat to Barnsley, the other two games have shown that they are not joking. Millwall, though it started well, is a team that you can't always get away with, because where it does well, it can sink them. So the home favorites are the favorites.

There is already a big difference in potential between West Brom and Reading, so I think any analysis here is superfluous, since the two teams have different goals and the favorite is West Brom at home.