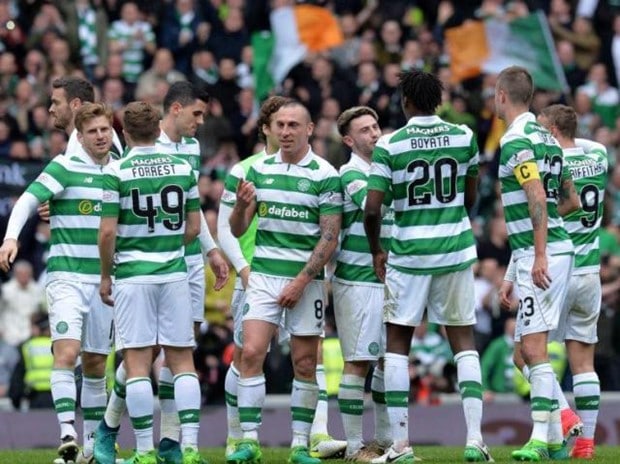 There are teams in Europe that were once big, first names. Once upon a time when football had not yet developed into a heavy industry. At that time, the multinational and donor wallets had not yet entered the game. Then, because of television, football was not as dominant as the No1 show, with spectators and non-football fans alike.

One such team that failed to keep up with the rhythm of Hollywood football is the Celtic of Glasgow. Heavy name outside of Scotland. Well known all over the planet. Today, Celtic, the opponent of AEK, is just a group in the heap. As is the case with the AEK with the measures of the cream of European football.

So it's not scary that Celtic, following the demise of traditional Rangers rival 2012, is making a monologue in the Scottish Championship. So he is competing in a non-competitive championship, despite Rangers' return. In the photo, from the qualification of the Scottish team at the expense of the Norwegian Rosenborg.

In favor of AEK that the first match will take place in Glasgow. At Melissanidis, in August of 1994, AEK had excluded Rangers Glasgow with 2-0 and 1-0.