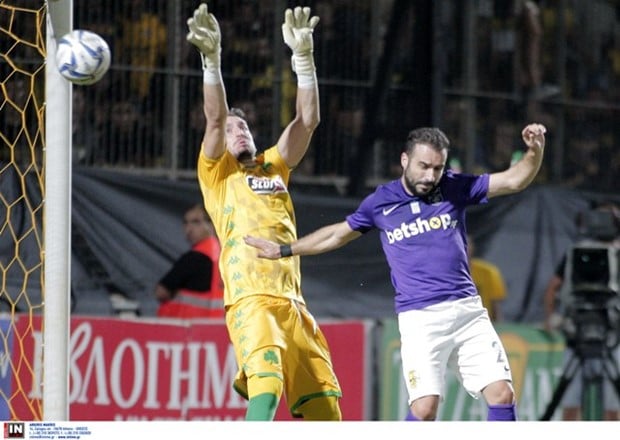 Shame on Panathinaikos the four of Mars. The big conclusion from the media world. Shame and shame on historic shirt from heavy defeat in Thessaloniki. Truth, however, has nothing to do with reality. Not even approx. There is no shame or spanking that has had the effect of a game. Panathinaikos simply grabbed the four he deserved from an opponent thirsting for victory. And… before the match started it was better than Panathinaikos.

To have a good and useful question. What, really, is shame on both of them? One particular 4-0 defeat or the fact that Panathinaikos today goes down the field with a team worthy of eating four. And five. And six pieces.

Only one half played Mars. She was fed up with 4-0 and was not happy to miss it. What a shame? Great shame is another. And together the incredible challenge. The mockery. Expect some Panathinaikos away wins when they are disadvantaged in 11 over 11 compared to Mars. And the 11 of the home side, one by one, are better players than Panathinaikos. Even the bench of Areos is more qualitative than Panathinaikos substitutes.

If the game were to end at 1-0, then you would definitely fall for the snail saliva, that Panathinaikos was ... a reaction. Indeed, in the second half the work was balanced, but because Mars had gone for tricks and ouzo.

Shame on waiting for Panathinaikos to win because he says he needed the victory. Would he play alone? And Mars was with his back to the wall, and he was playing in his seat. And if Panathinaikos faces Olympiakos in the next race and needs a moral result, Areos's schedule provides for ... PAOK.

Lucky Aris who re-enters the championship, because he crashed at the right moment with the problematic Panathinaikos. On the other hand, Aris also had problems with his performance. Negative that it was ineffective, only 4-0 in many more opportunities, but also because very early on he "retired" from the match. 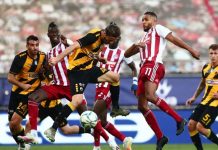