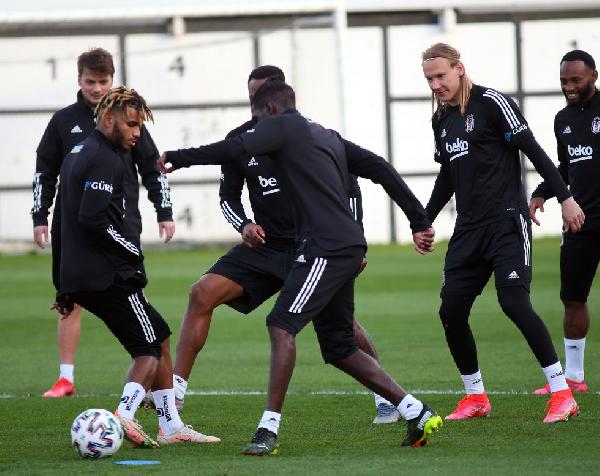 Quarterfinals CL… and a little in the rest.

Let's go to the sum:

# With high standards of performance, Porto took out metal, "cut" Juventus from the "8" phase, has a bench depth, runs 19 matches undefeated (14-5-0) in the league; a dangerous favorite, Chelsea builds a tradition in the European cups (11- 3-1) stings results out.

# Barometer the absences of Gnabri and Lewandowski from Bayern completed the 7 consecutive victories, easily overcame Lazio with a total score of 6-2… qualifying score, Paris will try to "fly" outside Barcelona, ​​it has taken over.

# In a better position, Konyaspor (2 consecutive victories) climbed to 39 points, has no problems staying; marginally in the zone, Ankarakutsu in the last 5 counts 4 victories, scores in the 3 recent outs.

# Consolidates title Besiktas (1 defeat in 16 home games) has a game less difficult to make 4η continuous gel Α Alanyaspor loses 3 over 49b. not for more.

# In the same straight line, AEK and PAOK are not seen playing, they are looking for a lifeline, they are collecting their pieces; the only way out is the cup with the tradition of leaning slightly towards the home team.

# Misunderstood outsider, Giannina is not an easy prey, it comes from 3 consecutive victories in SL inside with the same score (1-0); everything will depend on the performance of Olympiacos, but there is also a rematch in Faliro.

# The best team, Sociedad, prevailed in the "Basque final", lifted the trophy after 37 years, chasing an entry in the 5th… 1 victory in 12 outings, Bilbao's account will look for the result.

# The picture in the penthouse of the championship has become more or less clear, Juventus and Napoli, equal at 56 points, do not want to be left out of the 4th group; a possible draw with the goalless draw.

off the record ... As for the rest of the cup matches, they deserve a penny in their victories Sparta P, Victoria Plzen, Toulouse, Montpellier.