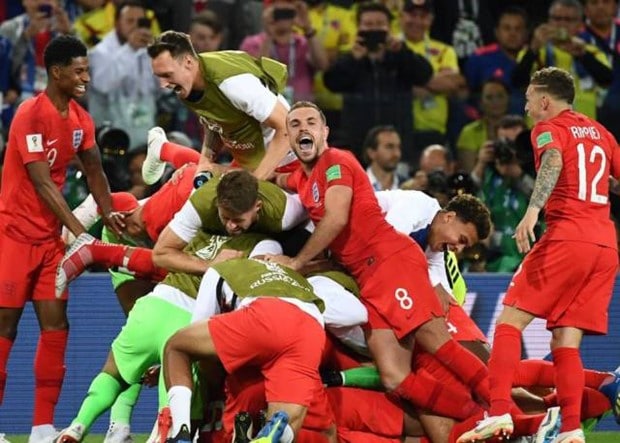 England is… England. A cologne that holds the scent of decades. Watch out! If another national team had the same record as England in the World Cup and the Euros, for the last 50 years, then all the θα experts would have it for spitting. England, however, is και England and is not ignored in the odds.

The day after Saturday, England will play a quarterfinal against Sweden. The… name of England dominates, the reports revolve around what England will do. Why; Because it… England. This is a classic case of a trap. Essentially set a mousetrap, other than that the perpetrators have no conscience in committing the crime. And please do not dismiss my remark as trivial. This is a scam, communicative type, which easily "passes" to the collective of low-ether gamblers.
Says the okra journalist - analyst from the radio, from the television, but also the paid advertiser in the spot:

-This team only wants a win.
-The dreaded team needs the "X" to qualify.
-The Trinity team is aiming for the first place in the group.
- Twelve teams will do their best to keep the defense at zero

What are you talking about, huh? In the first place. "I want" is not enough, it plays "I can". But to impress, however, they only market the "I want". This is a brainwash. Classic case of misleading. Organized ad hoc and irresponsible briefing on the "I want".

England wants, Sweden in their poppies… what it wants. They do not deal with teams without a brand. When it comes to just "I want", it's supposed to be given that oooool, and the eleven players are one man, one punch. They completely leave out any information, any suspicion that someone, some have it with a teammate, with teammates, with the coach.

Before continuing, I will insist on this. Do not underestimate what we are talking about. Are you, not just the chaos, the air dad betting cheaters pinching at the… cheese, without taking it pride.

What will he say "I want"? How much stronger is it than "I can" to make a fund. With what data, with what assessment do they completely delete the "I can" and launch only the "I want". England is… England, agree, and because it is England it wants to qualify. Sweden, in fact, which is more competitive than England, does not want to go to the "4"?

No, gentlemen. A thousand times not in disinformation journalism, which unfortunately has a place and role in the work.

You hear the insignificant announcer stunning, that the coach wants the victory. Is this information? He does not want defeat, that is. Because they never revealed, one, only one team that was looking for how to lose. Why do the "revelations" only concern the teams that are burning for victory? We said. Because they are brandname groups.