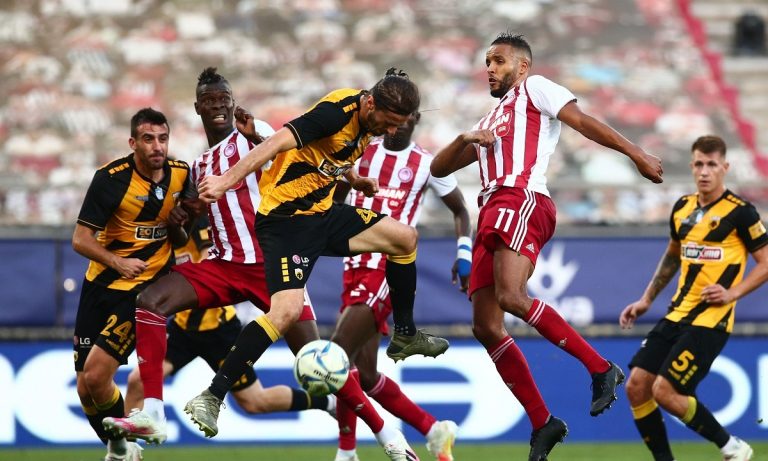 With that and that, the time has finally come for this burnt final of the Greek Cup to take place. On Sunday night at OAKA, at 21:00 specifically, AEK and Olympiakos will claim the trophy with which the curtain will actually fall permanently in the 2019/20 season.

The Olympic Stadium in Athens will be empty due to coronavirus but this does not make us feel special in Greece. After all, the last time these teams met in a final for this institution, in 2016, the seats were empty again. At that time, of course, the reason was simpler, they were afraid that the fans would be killed among themselves and they had preferred the simplest solution. The success of '16 was repeated three years later, in 2019, again in OAKA, this time with opponents AEK and PAOK.

For the Union, this final is an opportunity to return to the trophies after two years. In the Cup, he completed five consecutive finals. The first, in '16, was victorious (2-1 against Olympiakos), but since then three consecutive defeats by PAOK followed. The "red and whites" did not appear again since then in the final, knowing two consecutive exclusions from AEK in the knockouts and then one from… Lamia.

Of course, Sunday's match is even more intriguing because both teams will play without their transfers. Massimo Carrera and Pedro Martins will rely on those left over from last year, although he does not have players like Vranjes, Barcas, Araoucho, Huld and Klonaridis and Tsimikas, Elabdellaoui, Guillerme and Gaspar. Add the Semedos, Tzolakis, who were infected with the coronavirus, plus the injured Sa and find out what you would do if you were in the position of the Portuguese…