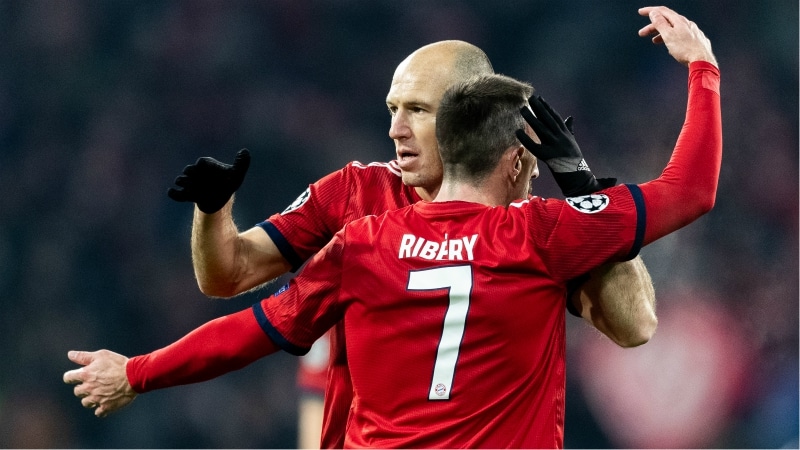 There is another whole round in the Bundesliga and everything is possible. What we will not see after years is Bayern winning the title in March or April. This year, everything indicates that the champion will be judged in May. Dortmund has an 6 lead, but nothing is over. The coming months until the end of the season are crucial to Bayern's renewal, showing signs of an identity crisis this year.

The big question that arises after the last game of 2018 is this: if Bayern makes the big upset and wins the title, will it proceed with the required renewal? Hennes has stated many times lately that the Bavarians will enter the market for significant investments, as there is no development they expected in their academy. At the same time, however, he has said many times that renewal is not as easy as many believe.

Robben has announced that he will leave Munich in the summer, as has Rafinia, and questions remain about what will happen to Ribery. The last two were top scorers in the big win with 3-0 over Eintracht in Frankfurt in the most imposing Bayern appearance of the season. Hennes and Roumeninge remain in their positions and there is always the risk of concluding that no major changes are needed, as the rest of the line still has.

The only "statement" that the renewal is coming will be the non-renewal of the Ribery contract. Which is not at all easy, as the Frenchman with his sword has won the status of being more than a player for the Bavarians. With his departure, Bayern will close for the gold that started 2010 and is slowly coming to an end. And with its end there is an unprecedented identity crisis in Munich.

What Bayern supporters have been experiencing since the start of the season is incredible. Initially, they seemed unbeatable this year. A few weeks later, however, Niko Kovacs was asked if the next game would be his last on the bench, with reporters reporting that he had lost control of the locker room. This was followed by an epic press conference in support of the administration, according to which no one was to blame for the bad image inside the club, but only the press.

The General Assembly condemned Hennes, the unknown Lukebako made a hat trick in Munich, giving an unlikely score to Fortuna, which made 3-1, 3-3 and after that game he was the Chairman of the Board: are in crisis. " Now, after the final round of the first round, however, Kovacs feels confident and confident again. He was even asked if his team could cover the difference from Dortmund in the next 17 races and keep the sacks.

In four months the Bavarians have shown so many faces at all levels and no stability. The biggest decision the administration will have to make by the end of the season is whether Kovacs can lead the renewed Bayern to the next day. The first messages will come for the players who will be past, the next from the coach who will have to guide the youngsters. Until then, there is a fear that Bayern will enter a small circle, where it will always be in crisis and will overcome it, but it will never be able to really get out of it…