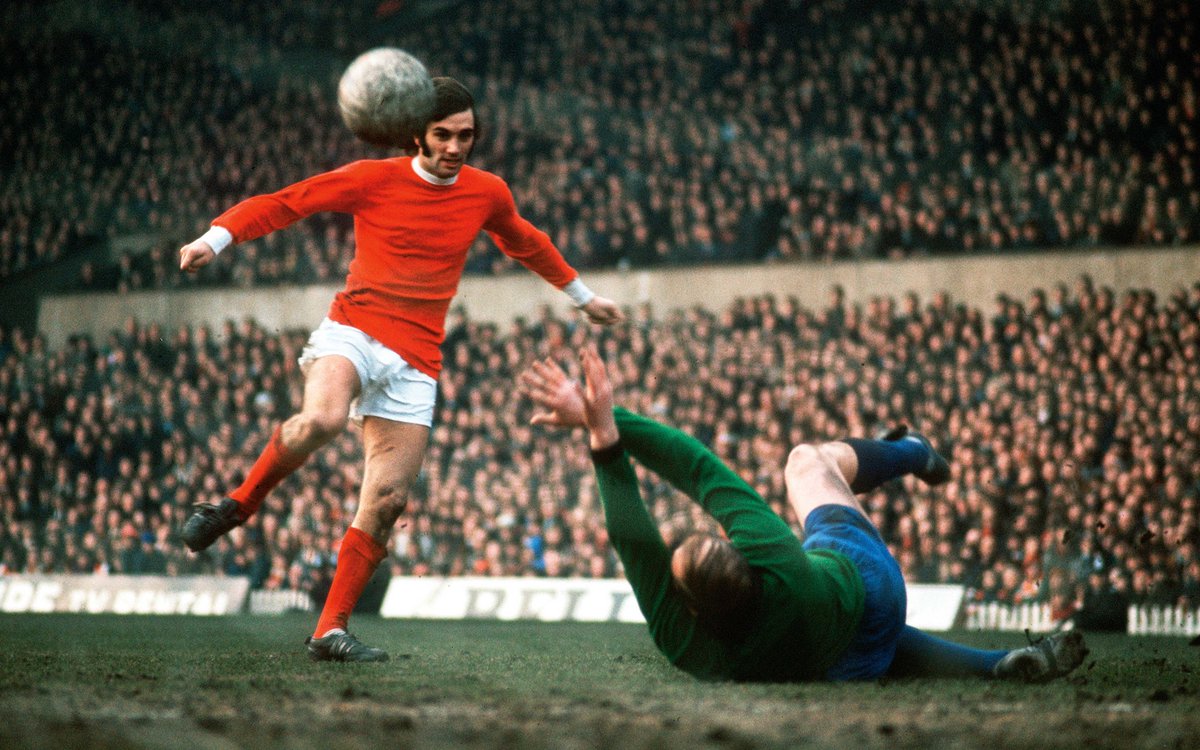 With the ball in the legs and the shirt of Manchester United starting from a very sideways position and overtaking an opponent, and second and third ... "Something went wrong ..." I thought, "... he can't be an English footballer" .

I had never seen this before in English stadiums, then, at the beginning of the 70, when we met on television, we came into contact with the championship on the island. A Northern Irishman, this hippie thing, long haired, a slim Beatle, with a cinematic face and ballerina legs. A football dancer.

That was George Best, really the "something else", the special, Maradona's great weakness. The legendary footballer who compared him to Pele and Maradona. However, his career on the pitch and his life itself was defined by alcohol.

We remember today, the day of November 25's death, 2005, the great football player George Best and the message he sends us from his grave. "In my life I wasn't, it was the drink that had put me down ...".

He stopped the ball in his 27, when he was kicked out of Manchester United, and rationality, a drunken life, sent him into the spotlight. Unrestricted drinker and cat, with no boundaries. Nightlife. If you wanted to meet him, you would find him drinking in a pub. To spend the night with the chickens. From his bed passed models, singers, actors. (In the photo, the 1977 with playboy bunnies at the Grosvenor House Hotel).

After his 'end' from Manchester United became a touring troupe, he played football supposedly in the US, in Australia, in South Africa, in Hong Kong. He had a deal with teams that did not play or play only one or two matches. In October of 2003, he sold the cup of the best player, 1968, to buy a house in Corfu.