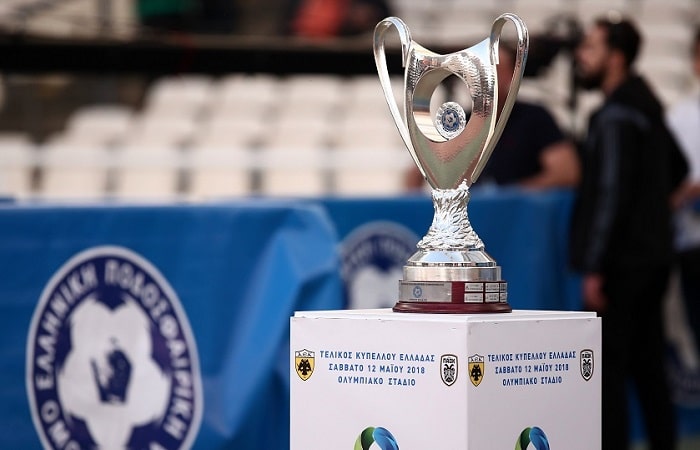 Cup week, finals week in many countries across Europe. Poland, Belgium, Austria and all other countries follow in central, eastern, western and southern Europe. Only in the North is still early for such tricks, 2-3 months have begun their championships…

And in GREECE; In the northern African country, as some say? What phase? Greek phase, of course! Because in any country, whether football advanced or not, the final of the cup is a celebration of the game, and not the culture with a terrific event to frame this match in itself, which naturally ends the football season, but in the country where the orange blossom grows and flourishes, the final cup is the biggest… sometimes for the safety authorities.

Where will it be, when will it be, how will the incidents be avoided, what will we do to avoid lamenting (!) And so on, because of the inability of the state, but also of the uncontrolled action of the unconscious, now out of control? and are fueled by a creeping rattle at all levels of society.

In recent years, there have been some parody finals in Greece that have defamed the sport with as little tragedy as many have seen.

The final of the seats was held, the final one ... behind closed doors (!) The 2016 between AEK and Olympiacos. Greece is probably the first and only country in the world to 'host' a cup final in camera!

But that's a blunder if one remembers the infinite goodbye episodes of Volos' famous finale, 2017, between AEK and PAOK, who made the world round with pictures of stabbings and hour-long episodes on their infamous pedestrian walkway. sucker!

Remember, the episodes of the 2011 finale between AEK and Atromitos are devilish. Neither Olympiacos, and PAO nor Aris and PAOK. With Atromitos in the final falling the bear's wood, as he did in last year's final (AEK and PAOK).

And this year, as all show, we will have a repeat of the final of the last two years between the two bicycles. And the state is in a "headache" from where the final will take place! Even outside Greece, exporting to Qatar (!) The jackals thought, bash and save some Greek city from disaster.

And that's not limited to football, no! Do we not have the same in basketball, where the beggars are asking for the exclusion of one of our top two teams from Europe, do not even fall into the final and run to find a pitch that no one wants?

Does anyone forget the Glyfades with the swordfish and the fire extinguishers or even the Three Aoracs with the pupils becoming war scenes? Do the showers and the ruthless wood in Thessaloniki with Mars - PAO only have fans of one team?

The solution, gentlemen, is one. ABOLITION! Not the cups, the professional football. As long as the clubs remain dark-skinned businessmen for the purpose of easily illicit gains, we won't see a white day. Return to amateurism or paid football / basketball until the brains and the beasts that graze them ... are grazed!