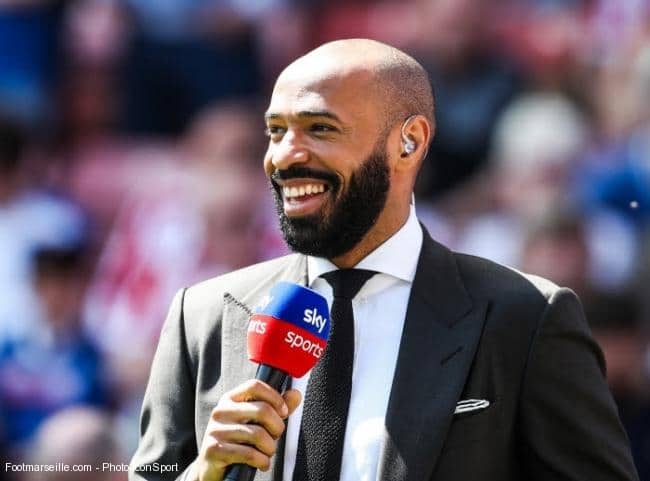 To put it briefly, let's get straight to the point. Great footballer Thierry Henry, among the greats in value, but also on offer, but I wouldn't take him to my team. I don't reject him, he just hasn't shown anything off the bench. So, by what criteria do they give him a club that aspires to get more powerful on the map?

Chatting is academic, it doesn't really concern us. As observers we judge movements in countries that actually treat football as business, not fortunate and as it is in Greece. Well. After a career in Monaco, Juventus, Arsenal, Barcelona and a rapper in America, 41 year-old Henri becomes the 2014 commentator on television and with 2016 coaching as a national assistant in Belgium.

To know what we are saying. The assistant is related to coaching but is not judged because he does not make a decision. He has no responsibility. So it's risky to trust him first.

And Henri played it when it was presented in Monaco. He is a star, after all, because he is a brand he was given a thick packet of channels to make the commenter. And his recruitment to the Belgian national had the sense of good communication he would secure with internationals because of his football prestige, not that they expected a bench.

In his presentation, Henry showed up with a jacket, tie, and to convince himself that he was a trainer, he wore uniforms and sneakers. Dressing outfit. Tsipras spit. Like the Greek Prime Minister who represents the unconventional, the left, the heretic with the shirt unbuttoned, even at the most formal events.