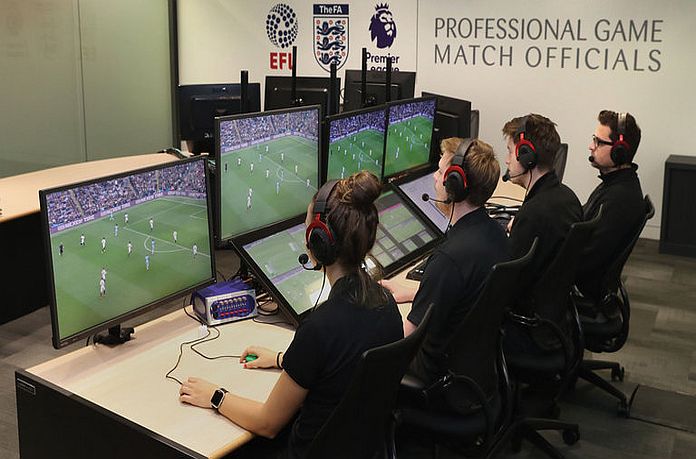 Experimental since January the VAR, in full operation on the final line of the Super League.

Arbitration in the match between Olympiacos and Panionios in Nea Smyrna raised a great deal of controversy, with PAOK issuing a notice shortly after expiration asking the relevant authorities why the installation of the technological equipment has been delayed in order to start using V. According to Digital Politics Minister Nikos Pappas, the technical bids are currently being considered by the two candidates who participated in the competition announced. The bidding process will be followed by a pre-contractual audit by the Court of Auditors before the signatures with the contractor are dropped.

"The government claims that the goal is to bring the new technology fully operational to the final line of the current Super League season, while explaining why the facility has not been up to date. "Following the efforts of Deputy Minister of Sport George Vassiliadis, international football federations have considered the possibility of introducing VAR into the Greek championship by exception. The will of the international confederations has also been transferred to the EPO, which has sole responsibility for deciding, instituting and installing the VAR.

Big profit from its installation VAR

In January of 2018, recognizing that the costs for the Hellenic Football Federation are high and the fact that the profit will be greater by using the service, after consulting the EPO the Greek Government decided to proceed with its planning and auctioning. project - a result of the initiative of the Minister of Digital Policy Nikos Pappas and the collaboration of the Ministry of Digital Policy and the National Research and Technology Network - funded by the national program published investment decision was officially announced on January 18 2018.

On 29 March 2018 the EPO Executive Committee decided to accept the use of VAR a few days later, after consulting with FIFA and a related seminar held in Athens, the Hellenic Football Federation and their international confederation for VAR is used in the Greek Super League, a prerequisite for starting any bidding process.

We are in the process of examining the technical bids submitted by the companies concerned.

Immediately afterwards, all the procedures laid down by law, which are explicit, rigorous, and specific, have begun when it comes to carrying out a public project, such as the installation of the VAR in this case. The body that has been responsible for conducting the tender and drawing up the relevant notice is GRNET.

During this time the law-stipulated public consultation was held, and an international e-competition was launched, involving 2 candidates. We are currently in the process of reviewing the technical bids submitted by the companies concerned. This will be followed by the opening of the finances, the pre-contractual audit by the Court of Auditors and the signing of the contract by the contractor. If everything goes smoothly and there are no objections, then next January the service will be able to be used experimentally, and the goal is to put it in full operation at this year's Super League final. "