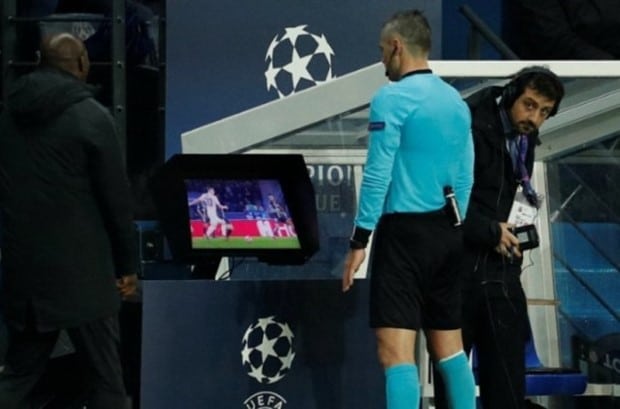 This weight will make big piles. We are talking seriously. Very seriously. Var means truth and all thesis. It clogs the mouths, that is. And made to be the crow, he is not an asshole to "interpret" as he likes the image in var. So, the break for the crazy podium that can not stand the truth. That a life has found her with suspicion and conspiracy.

Did the ball cross the goal line or not? The match will be suspended temporarily and for just a few minutes to consult his "assistant", or rather the tool that is becoming a reality in Greece. From the next championship.

Who we are, eh, as if we do not know each other. Born to complain and cry. Our second nature has become protest, complaining about things that we are to blame. But we learned to throw them at "others". We grew up with this misery. To maneuver. And now;

Now the pustic var will dry us out. It will cut us ψει tsaboukas to take what is cooked in the foreground at the expense of our team. What to say; That the whistle has taken them? One, two, three - is the referee fucking? ” Awesome stuff. They take our food by mouth. The food that fed us for a century.